With less than two weeks away, the Hell In A Cell pay-per-view looks to be a highly combustible event, thanks to the power-packed matches WWE has brought to the table.

Meanwhile, the official poster for September’s Hell In A Cell has leaked online courtesy of the insanely viral social media.

The poster features WWE Universal Champion being portrayed as a devil while his opponent Braun Strowman is portrayed as some sort of demon (mostly like a dragon with horns). The theme of the poster is set in the netherworld.

The official #WWE Hell In A Cell poster. Your thoughts?

The 2018 poster of Hell In A Cell is undoubtedly different than the traditional posters the WWE Universe is familiar with.

This was the initial go-to poster for the pay-per-view. It is to be noted that Hell in a Cell 2012 boasted of a similar devil-like poster featuring then-champ and longest reigning WWE Champion of The Modern Era CM Punk. 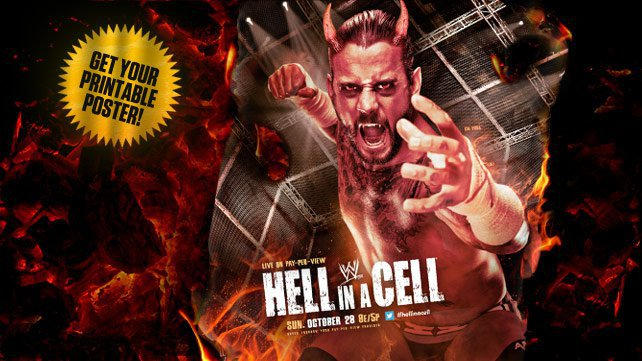 Here is the updated match card for Hell in a Cell:

AJ Styles (c) vs. Samoa Joe for the WWE Championship

The New Day vs. TBD for the SmackDown Tag Team Championship

Daniel Bryan and Brie Bella vs. The Miz and Maryse in a Mixed Tag Team Match

Daniel Bryan and Brie Bella vs. The Miz and Maryse vs. Andrade “Cien” Almas vs. Zelina Vega in a Triple Threat Mixed Tag Team Match

This is the first time that the hellacious steel structured event is headed to San Antonio. Tickets start at $25 and are available here.

Seth Rollins Opens Up About “Fickle Fans” Now Booing him