Ronda Rousey may have only had three official wrestling matches as part of WWE, but her match against Alexa Bliss next weekend at SummerSlam could see her crowned RAW Women’s Champion.

It was Bliss who cost Rousey the chance to become Women’s Champion back at Money In The Bank when she invaded her match with Nia Jax and cashed in her Money In The Bank contract just moments before Rousey was going to force Jax to tap.

The former UFC Champion has been itching to get her hands on The Goddess of WWE ever since and she will finally get the chance next weekend at SummerSlam. Sadly, it appears that the result of the match between the two women has been spoiled by the American Bank Center.

WWE will hold one of their shows on September 15th at the American Bank Center in Corpus Christi, Texas and the arena posted an advertisement to their Facebook page which showed Ronda Rousey with the Women’s Championship over her shoulder.

Whilst it is completely feasible that the arena photoshopped the Women’s Championship onto Rousey as a way to promote the show, it’s more likely that WWE sent the advertising images to the arena ahead of time and they shouldn’t have been released until after SummerSlam. 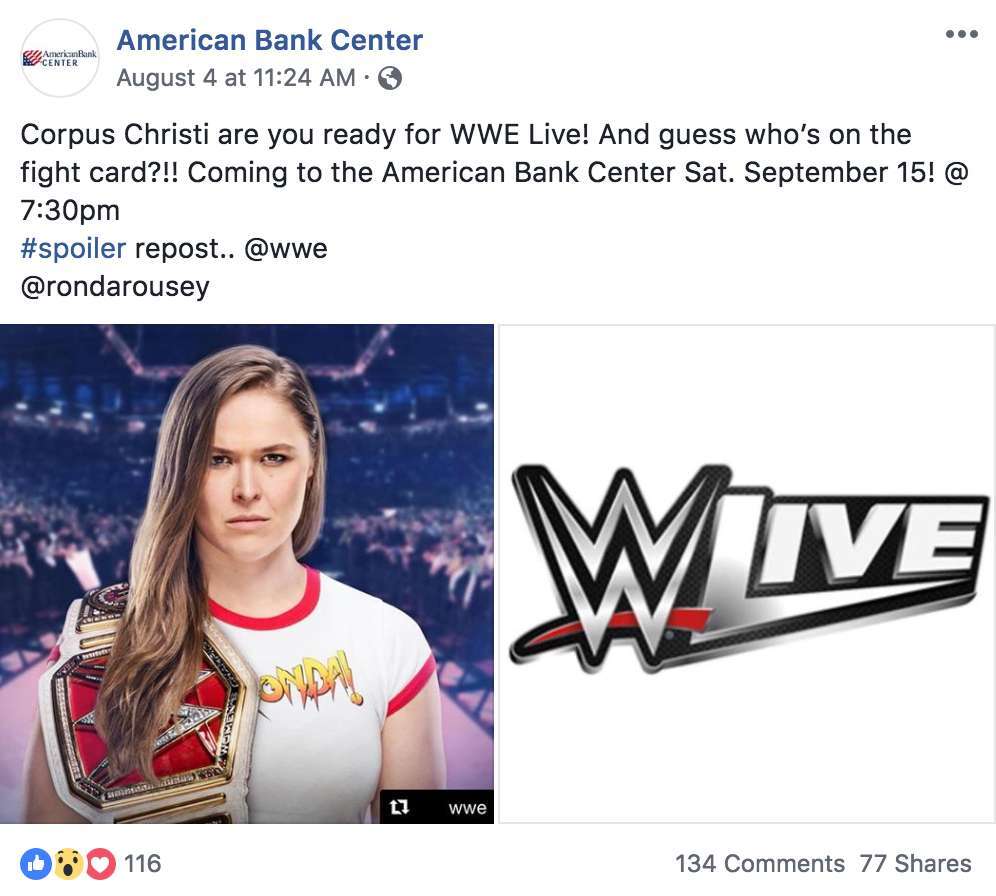 The above image makes it seem as though Rousey will be able to overcome Alexa Bliss next weekend in Brooklyn, New York to win her first ever WWE Championship.

Rousey would then be able to walk into Evolution with the title around her waist, which is something that will definitely boost the sales of tickets ahead of the first ever all-women’s pay-per-view in October.