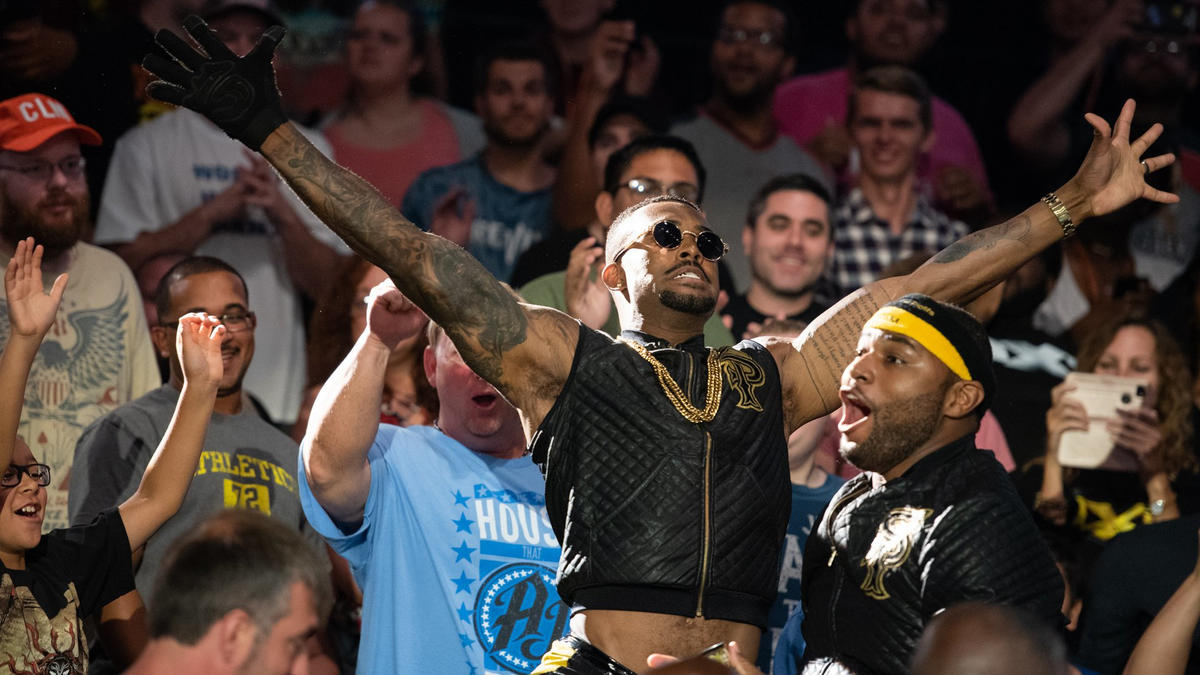 Otis Dozovic, along with Knight, smashed Miller with the Compactor to pick up the winning pinfall. 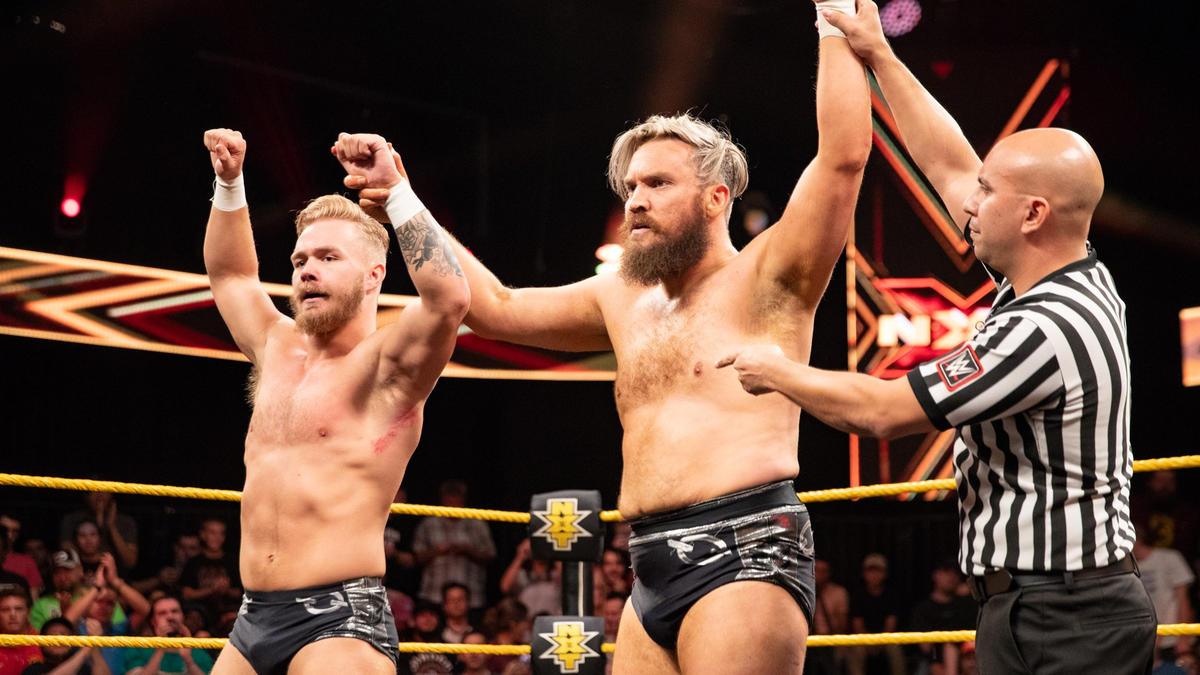 After delivering a bevvy of big hits, Moustache Mountain put Taylor down for the count with a double-team knee drop/Burning Hammer combination.

Reeves snuck up on EC3 and hit him with Hawaiian Drop, but EC3 kicked out of the pin attempt, leaving The Finest in total shock. He then began running his mouth, giving EC3 enough time to recover and stun Reeves with the One Percent for the win.

LeRae attempted her highlight-reel-worthy quebrada, but the high-risk move missed the mark, however, and Baszler reapplied the Kirifuda Clutch, this time forcing the determined LeRae to submit.

Aleister Black Wiped Out Johnny Gargano With The Black Mass

Gargano sent Ciampa flying from the ring and reminded him that his interference is what led to The Blackheart’s crowning moment.

When the former Johnny Wrestling turned around, Black demolished him with Black Mass. He took the microphone and sat cross-legged next to Gargano, adding, “I guess you’re right. The only reason he’s NXT Champion is because of you.”